Home > Articles > How to spot a scammer

How To Spot A Scammer 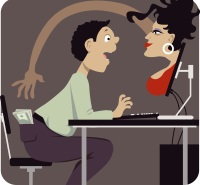 Online dating is a big business and lots of money is spent by singles looking to find love. So unfortunately, there criminals who want to grab a share for themselves. They prey on lonely, vulnerable people and do their best to con them out of money. I’ve heard terrible horror stories but fortunately awareness is growing. Don’t worry though, here are some of my dating expert tips to help you filter out the fakes.

There are various giveaways that a person is pretending to be someone else. Firstly, it’s common to use military photos to attract women. These suggest authority so they are a favourite of the fraudster. They will also use photographs of gorgeous young girls and create fake identities for them. Believe it or not, but there is a whole industry of models being paid to use their photos in countries like Russia. These ladies come in for a photoshoot and then their images are used for illegal purposes around the world.

The vast majority of scammers are based overseas in places like Nigeria. This means that their spelling and grammar isn’t always as it should be. They usually claim to be well educated so if they are making lots of mistakes they be deceiving you. Scammers tend to work from scripts so if you ask questions they might not be able to give you a direct answer. 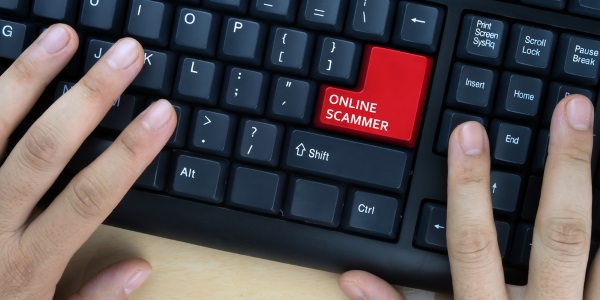 There are also certain things that they like to say. Key phrases to watch out for also include “god fearing”, “Hello dear” and “widow.”

Listen to their voice

Even if you don’t have doubts, you should always ask to talk to them on the telephone. When you do, you’ll soon know if they really are who they say they are. The voice and accent should match the country and personality. If it doesn’t then you have to question why that might be. Even better, suggest a Skype video call. That’s the quickest way you’ll be able to see if the voice and photos make the person. Don’t fall for excuses. If they are typing to you from a computer then there’s no excuse why they can’t connect a webcam.

Are They Asking for Money

Sooner or later (sometimes it can take months) the scammer is going to attempt to extract money from their victim. This usually starts off as a small amount – perhaps for a passport or loan – which is a test. If they get this they know you are an easy target and they will ask for increasingly larger amounts. If anyone ever asks you for money online, no matter how small or how plausible the reason, then cut off all contact immediately.

Use Your Common Sense

If something or someone seems too good to be true then they probably are. Is the hot young model really going to be interested in you? Do you really believe they can’t come and see you because of a visa issue?

Sometimes you want to believe something so much that it can be hard to accept the truth. You’ll make excuses for all the nagging doubts and warning signals. That’s why you need to get a friend involved. They will be able to give you their own opinion and help you decide if someone is genuine or not. There’s no emotional attachment for them so it’s easier to see through any lies. Please don’t let this article put you off meeting someone amazing. Most people are honest and trustworthy so you should give them a chance.

Feel like you need some more advice when it comes to online dating? Have a look at the articles on this site.