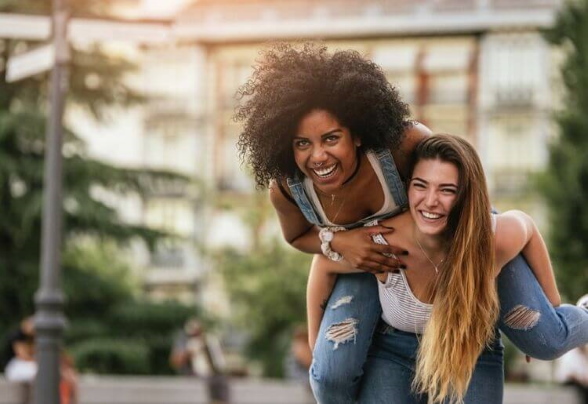 It was a long time coming. Match.com’s “LGBT in America” survey, that is. Since online dating first hit the scene, researchers have been conducting studies to tell us what other online daters are thinking. But the focus on, and representation of, the LGBT community had been sparse.

That all changed in with “LGBT in America,” a study undertaken by the online dating enterprise in partnership with Dr. Justin R. Garcia, a member of the highly respected Kinsey Institute. The study consisted of 1,000 American singles between the ages of 17-70 who identified as gay, lesbian, bisexual, or transgender. The survey essentially allowed them to discuss their own experiences in online dating.

“LGBT in America” was based on Match’s long-running “Singles in America” survey, but its goal was more specific: to reveal “new social commentary on the evolving attitudes, behaviors, and challenges of the LGBTQ single population.”

Instead of lumping respondents together into a general “LGBT” category, the study recognized gay, lesbian, and transgender voices individually. Previously, if you were a single lesbian woman perusing an online dating survey, you would’nt necessarily have any way to know what to expect from potential matches in your demographic. Today though that’s fortunately not the case. How do other single lesbian women approach online dating? What are general expectations for first kisses, sexting, and marriage? Though the LGBT community is still underrepresented, this survey allows LGBT individuals to better understand themselves and any romantic prospects they may encounter while dating. Here are some lesbian online dating statistics from the survey that show how single lesbian women express themselves in the world of online dating.

Match’s study revealed that, of all individuals surveyed, lesbian single women were the most likely to want children. 52% percent stated that they most likely wanted kids, compared to 36% of gay men, and 48% of respondents in general. The Advocate, an American LGBT magazine printed bi-monthly, reports statistics on LGBT individuals from Match’s 2013 survey. Match’s 2013 “Singles in America” survey didn’t focus specifically on same-sex couples, but it nonetheless offered useful insights on dating trends at the time. The Advocate reported that 18% of lesbians surveyed at the time expressed the desire to have kids. That means that the number of single lesbians who want children nearly tripled between 2013 and 2016. 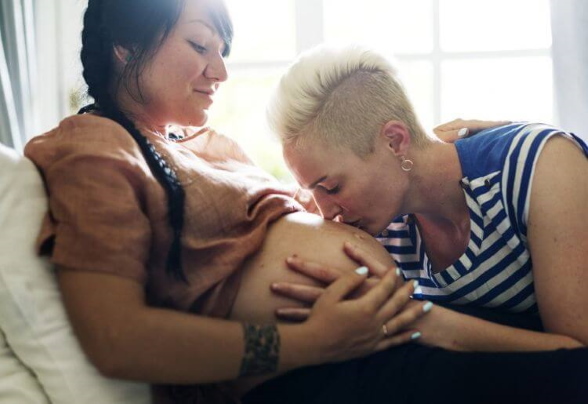 What changed? It’s hard to say, but the results of Obergefell v. Hodges case in 2015 might help shed light on the situation. In this landmark decision, the Supreme Court ruled that state bans on same-sex marriage were unconstitutional. Perhaps as marriage became a real prospect, lesbian women started to consider starting a family more seriously. Maybe, maybe not. After all,

according to “LGBT in America,” 61% of LGBT respondents said that the Supreme Court ruling had no effect on their attitude toward marriage. We can’t necessarily substantiate these explanations, but the data provides a compelling case nonetheless.

2. Only 2% of Lesbian Singles Expect Sex on a First Date

3. Lesbian Women Generally Don’t Like to Label Themselves, But Seem to Prefer to Be Called Butch

The study reveals that the majority of lesbian women (59%) don’t associate with any particular category or group. Some were, however, willing to label themselves as butch (11%) or lipstick (8%). Lipstick lesbians, the study tells us, are “222% more likely to have had a date in the year than non-lipstick lesbians.”

Half of all the survey respondents said that they had sent explicit photos. The leading groups in this category were bisexual women (64%) and gay men (54%). Where did lesbian singles land? 22%. The study gives us no more information, but a different study done by Dating Scout reports about lesbian dating picture trends.

In this extensive study, the online dating photos of more than 22 million singles across the globe were analyzed for trends across different demographics. It revealed that lesbian women were more likely to be photographed alongside art, animals, or political events. The survey found that lesbian single women were more likely to have tattoos and piercings compared to straight women. They were also photographed wearing caps more frequently than straight women.

Match’s “LGBT in America” survey represents an important step in digital history. With these statistics, we can begin to learn more about this marginalized demographic. More and more dating sites for lesbians, from Her to Compatible Partners, and even general sites like Match are beginning to offer more search tools for lesbian singles. There’s still work to be done though. Marriage statistics for lesbian and gay dating sites remain elusive. Hopefully, as time progresses, we will have the chance to channel this information into a more responsible, nuanced portrait of our modern dating world.

Top10.com's editorial staff is a professional team of editors, writers and experts with dozens of years of experience covering consumer, financial and business products and services.

This site is a free online resource that strives to offer helpful content and comparison features to its visitors. Please be advised that the operator of this site accepts advertising compensation from companies that appear on the site, and such compensation impacts the location and order in which the companies (and/or their products) are presented, and in some cases may also impact the rating that is assigned to them. To the extent that ratings appear on this site, such rating is determined by our subjective opinion and based on a methodology that aggregates our analysis of brand market share and reputation, each brand's conversion rates, compensation paid to us and general consumer interest. Company listings on this page DO NOT imply endorsement. We do not feature all providers on the market. Except as expressly set forth in our Terms of Use, all representations and warranties regarding the information presented on this page are disclaimed. The information, including pricing, which appears on this site is subject to change at any time.