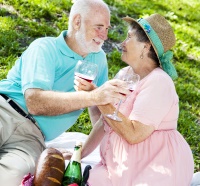 According to a new research 1 in 10 retired singles are now looking online to find love. Well, we could have published a similar research years ago, with dedicated mature dating websites such as Zoosk and JustSeniorSingles boasting membership into the hundreds of thousands of monthly users. In fact, “OurTime has seen membership jump 66%” since 2011 alone.

This doesn’t even take into account the 25% of senior daters amongst the user-base of more broad online dating websites such as match.com.

So what is it that is making mature singles reach for their laptops and get online to find love?

The way we think about retired people has changed dramatically in this generation. While we used to think of 40 or 50 as middle aged, “Sixty is the new 40, according to scientists who say longer, healthier lives mean people now hit middle-age later.” In fact, Doctor Sergei Scherbov, who led the study into ageing, said: “What we think of as old has changed.” This means that divorced or widowed singles above the age of 60 or 70 may have felt ‘too old’ to try for a second chance at love in the past, but now consider themselves at merely the intermission in the game of love.

Many young singles like to think of the internet and mobile apps as their own domain. But they couldn’t be further from the truth. Research has shown that “59% of seniors ages 65+ use the internet, and 30% go online on a mobile device.” A quarter of seniors use a tablet device, too. As online dating beats the stigma and becomes a more and more legitimate way of meeting new people and finding romance, it makes sense that more mature daters would want a slice of the action.

Put into the mix that many singles in their 70’s or older may have limited mobility to make the most of offline singles events, and the unfortunate truth that most places to meet new people are targeted at the under 30’s, and the allure of dating websites begins to make a lot of sense.

While it’s true that what was once considered old is merely middle aged today, and that the latest technology is certainly crossing the retirement age, there are still some truths to being older and wiser in dating.

64 year old Sandy Lipkowitz spoke to TheWeek.com about the struggles senior daters face. “What I'm looking for in terms of a companion is different than what a 20- or 30-year-old is looking for,” she commented.

She chose a more niche senior dating website rather than the “one-size fits all” broader approach. She feels that online dating is an obvious solution for many more mature singles who don’t have the options that people in their 20’s and 30’s do. “Obviously, people in their early 20s have a lot of connections. They're in college, and then they get out in the workforce. In that age group, a large percentage of their contemporaries are single. As you start getting older, people start pairing off. Even in your 40s, people's first marriages don't work and then they have their second marriages — then they're happily remarried.” Online dating is opening up a pool of singles for people who have no other way to make these new connections. It’s difficult to imagine another situation where couples like 90 year old Molly Holder could have met and married 82 year old Ed Nesbitt than through the wonders of online dating!

Take a Chance on Love

Whether you’re just approaching retirement, or planning your 90th birthday in style; whether you have the latest smartphone or are just getting to grips with an email account; and whether you’re looking for casual fun or the next great love in your life, we guarantee there are likeminded singles looking for the same thing you are.

Convinced to give it a try, but not sure how to manage the playing field? Try these First Date Do’s and Don’ts for Senior Daters. 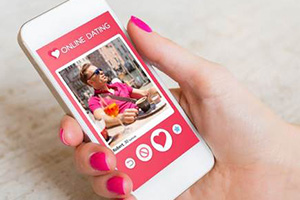